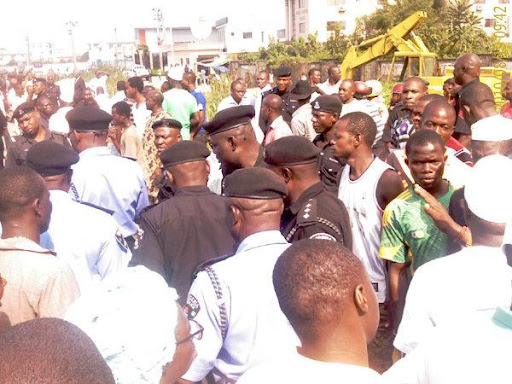 In 1999 9ja News report, the federal government, inspired by expediency rather than policy, initiated a privatisation programme to shed off the burden of its moribund companies which it was servicing with about N1 billion daily. Public companies which were established by the Nigerian government because the private sector was too weak at independence shortly after became a drag on the economy of the nation. The decision to sell them off, especially as the private sector and direct foreign investment in the country had grown in 1999, therefore seemed apt.

The process excelled in its first few years under the pioneer director general of the Bureau of Public Enterprises (BPE), the agency set up by the Olusegun Obasanjo administration to oversee the sales of the public companies. However, result of findings by the current administration reveals that most of the privatised companies are not performing optimally, even under the management of both local and foreign private organisations.

The Senate began investigating why some of the companies have failed and testimonies from the one-week investigative public hearing indicates top government officials, including past presidents, corruptly influenced the choice of investors by the BPE which mediated the sales of the companies.

So far, 122 government companies have been sold. The bureau estimates that 66 percent of the privatised enterprises are performing well even though members of the investigating committee believe the bureau exaggerated the figures.

Ten percent of the companies classified by the BPE as “performing” are doing “fairly well”, 34 percent of all the privatised companies are doing badly, according to a BPE report. Worse still, a striking peculiarity between the privatised companies classified as doing-fairly-well and not-doing-well, as assessed by the Senate investigative committee is that they all had irregularities in their sales procedure.

They were either undervalued before sale or sold to incompetent companies on the orders of a top political office holder, in contradiction to the stipulated sales process. This was disclosed by Nasir El-Rufai, pioneer director general of the bureau who testified at the public hearing on Thursday. He established that Mr Obasanjo and his deputy, Atiku Abubakar, made efforts to influence him and the bureau to sell government enterprises to their friends.

Mr El-Rufai stated that while he was the director general of the Bureau, Messrs Obasanjo and Atiku, at different times, contacted him, demanding that he gave preferential treatment to their friends who were interested in buying on-sale government enterprises.

“The president and I were always quarrelling over issues of privatisation,” Mr El-Rufai said. “Each time, I told them we have a process… that they should advise their friends to be the highest bidder.” Mr El-Rufai’s claims on political officials’ interference on the activities of the BPE were corroborated by testimonies of Chris Anyanwu who was also a director general of the bureau. Mr Anyanwu had earlier that day, while defending his tenure at the bureau, told the senate ad hoc committee that “some powerful individuals” influenced the decisions of both the BPE and Infrastructure Concession Regulatory commission, a similar government agency.

Earlier in the week, the current director general of the BPE also admitted in an earlier hearing that the sale of Delta Steel Company to Global Infrastructure rather than BUA Groups, the preferred bidders, was a unilateral decision of former President Obasanjo, against the recommendation of the bureau.

According to Mr El-Rufai, he resisted their overtures and the Senate did not question him about sales done during his term, signalling he had no underhand deals.

During his term at the Bureau, Mr El-Rufai handled 33 transactions, closed 23. Only one of the transactions he handled was classified by the bureau as poor. Mr El-Rufai blamed the failures of the privatisation programme after he left the bureau on political interference in BPE and lack off firm leadership.

He said that “cranky businessmen” were used to replace him at the bureau and thereafter, political and selfish considerations became significant in the bureau’s choice of preferred investors.

In the case of Delta Steel Company, BUA groups had offered to dredge Escravos and repair Itakpe-Alaja rail line in their $25 million bid and was selected as the preferred bidder for the company. Former president Obasanjo, however, vetoed the bureau’s recommendations and awarded the company to Global Infrastructure that did not participate in the bid.

In addition to thwarting due process in the sales of most of the ailing companies, they were also undervalued before sales.

The Aluminium Smelter Company of Nigeria (ALSCON) was contracted with the sum of $3.2 billion, operated for 18 months and sold to Russel, a Russian company with Nigerian Board members for $130 million. In that transaction, the nation lost $3.07 billion.

According to the current director general of the bureau, an evaluation of the company indicates that the cost of the project was over-inflated by the Ibrahim Babangida regime who initiated it.

“A similar company in Mozambique was constructed with $800 million,” she said.

Nigeria Reinsurance Company which was sold to Global Fleet, owned by Jimoh Ibrahim, for N1 billion. Shortly after taking over the company, it was re-valued and used as collateral for a N46 billion Union Bank loan.

But in an interview, Mr Ibrahim said at the time he took over as core investor in NICON Insurance Plc in 2008, there was no money in the company’s account. Mr Ibrahim said that insinuations that he took over the company under questionable circumstances were misplaced. He maintained that instead, since taking over the company, its fortune had been turned around having paid $48 million for the purchase, being the highest bid. After that, he said, the core investor injected the sum of N17.5 billion to reposition and put it on a sound footing.

What now after the probe?

Although the Senate investigative public hearing has thrown up many corrupt practices in the sales of the state-owned companies, there is a high chance its findings will be ignored by the authorities.

Similar probes have had high mortality rate at the Senate.

Meanwhile, a conspiracy theory is being woven around the whole exercise: that the probe is a political move by the senate president, David Mark, to indict the vice president, Namadi Sambo, ahead of the 2015 presidency race. The vice president is head of the National Privatisation Council.

Mr Mark had, however, stated that the probe was not designed to witch-hunt any official. He also denied reports of any conflict of interest between him and Mr Sambo, over any business transactions. His spokesperson, Kola Ologbondiyan, said Messrs Mark and Sambo are mutually working together for the success of the transformation agenda of President Goodluck Jonathan and “have no frosty relationship of any kind between them.” “It is also a huge lie to impute that Mr Sambo is interested in selling NITEL to a nameless foreign investor that is prepared to pay $968 million, while Mr Mark has a preference to sell NITEL to an indigenous operator, Globacom, for $450 million,” Mr Ologbondiyan said. “Contrary to the report in a national newspaper, Mr Mark did not order a probe of the BPE. The motion to investigate the collapse of some privatised federal government companies was moved by Ahmed Lawan (ANPP-Yobe) and carried by the whole House.”

10 Things to Keep in Mind While .fr Domain Registration

Migrate from a VPS Server to Dedicated Server Chicago With Serverwala