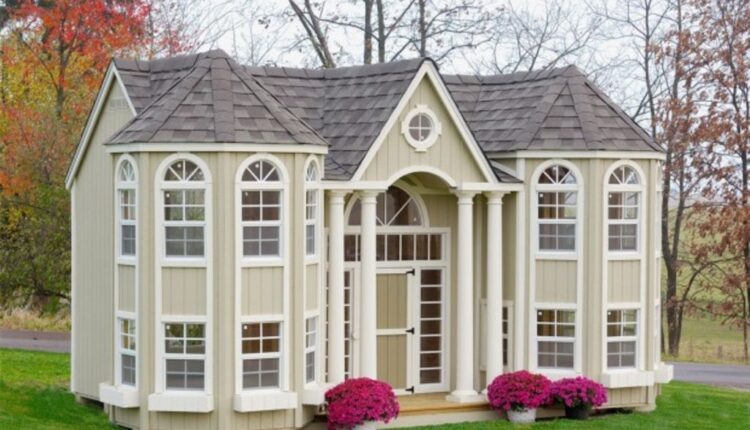 It is strange how literature has shaped the world around us, sometimes consciously and sometimes unconsciously. Most people don’t know that the adorned cubby house goes back to 1904. In J.M. Barrie’s children’s classic fiction, Peter Pan, there is a mention of a safe house built by the Lost Boys and Peter Pan. They made the house to keep Wendy safe. That is how the idea of a cubby house originated. Wooden cubby houses are popular among kids after a long century of evolution.

Reasons to Buy a Cubby House

Wake Up the Inner Explorer

A child’s imagination is one of the most unfiltered forces in the world. A cubby house provides a kid with rudimentary tools for inventiveness and helps develop creative skills. A room of one’s own is paramount for dreaming beyond the basics. When children spend time alone in the cubby house, they explore their interests and sharpen their inner selves. Children play with binoculars, wheels and telescopes and slowly get interested in astronomy, geography and science.

With an ocean of options, people can have various kinds of cubby houses for their children. But most parents choose wooden cubby houses because it brings the children closer to nature. The smell and texture of wood can’t be replaced by something artificial. It is durable and elicits a realistic feel that excites children.

Alternative to the Virtual Addiction

Nowadays, parents can’t stop complaining about their children’s screen time. Children are addicted to tabs, mobiles, and laptops because the parents themselves introduce these gadgets to their children from an early age to make them eat or stop crying. But when the children get glued to these electric gadgets, it is only then the parents realise that the remedy is a disease itself. Cubby houses made of wood are an absolute alternative to these gadgets. It takes the children out of the virtual world and keeps them rooted in the real world.

With pandemics and godforsaken diseases, the world is becoming a game of survival of the fittest. Therefore, outdoor activities such as running, walking and bouncing are important. With their own cubby house, children get a place to call their own. Moreover, it keeps them fit because of several activities inside or around it. By breathing fresh air and playing in the sun, children form a pure relationship with nature. It boosts their immune system and keeps them healthy.

The attention span of kids is small. They get bored very fast. Cubby houses offer them a space of multiple possibilities where they can do whatever they want without the fear of constraints. It helps them to create new things and have new ideas. They learn and unlearn several teachings and shuffle their creativity in various ways. Also, spending time alone helps a child find what works for them. Many children face social anxiety because of the lack of interaction with other kinds. So, children can have play dates in wooden cubby houses, and it will make them more social and interactive.

According to scientists, the parents of the current generation are highly paranoid about several psychological and physical conditions of their children. Considering the above facts, it will not be wrong to say that a cubby house made of wood is more than what it seems on the surface. For this virtually delusional generation of children, a cubby house can be a way out of the black mirror and a door to the ingenious wonderland.

The most common currency pairs for trading

What Are The 4 Types of Market Research?