Can the Indian Premier League turn out to be the most profitable sports venture in the World? 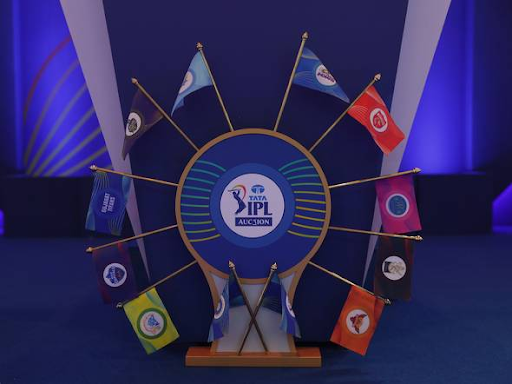 The latest edition of the Indian Premier League has begun with a bang. The level of excitement has risen to such an extent that other sports tournaments seem to be local ventures compared to IPL.

Biggest Cricket League in the World

The new version of Cricket means IPL has attached the biggest business names, both infield and off-field. There are very few sports leagues in the World that attracts investment from such big names.

Earlier, English cricketers showed less interest in being part of the Indian Premier League. Now, the table has turned, and they are participating in big numbers. Some players ditch their own countries’ cricket matches to become part of the IPL.

The tagline “India ka Tyohaar” truly justifies the craze of the Indian Premier League. It has been celebrated like a festival since its launch.

India can be said to be a country where Cricket is treated as a religion. It is way more than a sport for us. With each passing year, the increment in love and support is truly visible.

Not only in India, but IPL’s fan following is also increasing like fire globally. Even the people from countries who don’t play Cricket are fans of IPL and contribute to this tournament’s evolution.

It has a very wide reach and overall helps the in the expansion of cricket sport. Now players are coming from countries like Afghanistan to showcase their talent on such a huge platform.

As per the latest reports, the Indian Premier League grabs the fourth position on the list of most profitable leagues in the World.

While most leagues are more than 50 years old on the other hand, the BCCI has recently launched the 15th edition of the Indian Premier League and is giving competition to legendary baseball and basketball leagues.

In the future, If IPL’s rampage continues, there are high chances that we will witness the competition between National Football League and Indian Premier League to grab the first spot in the World’s most profitable league.

We have witnessed the evolution of the Indian Premier League with each passing year. The World is evolving also. Today is the time of social media, where you can get information about anything in just a single click.

Technology has changed everything, and IPL is not an exception. The launch of betting applications like Howzat, Dream11, and Cricbuzz bring new trends to the Cricket Industry. They are making huge sums and also providing participants an opportunity to earn.

However, we don’t support betting at all, but in reality, they are playing an important role in the development of the craze for the IPL.

In India cricket is not the game people believe it as a religion so IPL will grow for sure but the only thing is that the demand of T20 would lesser the value of 5 days cricket match, people wants to see the thrilling match’s, boundaries and sixes and that can only be possible in the T20 format so keeping all the format demand properly there should be decent game for each format. One thing is for sure that the IPL future is bright every year for sure.

Evolution is a must to survive in today’s World. It helps to sustain in the fast-changing environment.

With the necessary changes, IPL is becoming better and larger. The latest 15th edition of the Indian Premier League is larger than any previous season.