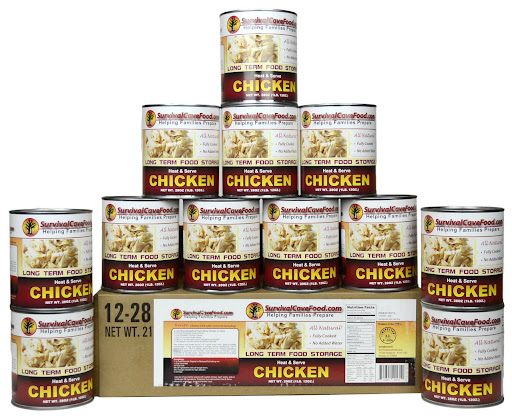 Non-perishable canned foods are convenient, inexpensive, and simple to store for long periods of time. They can be a good solution to shopping and cooking problems in many cases. However, it is still unclear how they will affect our health. Many people have differing views on the nutritional value–or lack thereof–of these foods.

Stocking canned food with harmful additives may become the reason for heart disease, diabetes, or malnutrition. The best healthy canned foods are low in sodium and sugar. Keep these essential canned goods on hand in your pantry to whip up healthy, last-minute meals without sacrificing taste or nutrition. These are the best canned meats to always have on hand!

Corned Beef Hash in a Can

It is a variant of red meat that processed, flavoured and tenderised by immersing in a special salt solution.

You can consider corned beef as a protein powerhouse that provides some important nutrients to your diet. but it is still processed red meat that is high in sodium. Furthermore, it contains carcinogens, which have been linked to an increased risk of health problems such as heart disease and cancer.

Therefore, it is advisable to put a limit on your consumption of corned beef to once in a while.

A single 14.5-ounce can of beef contains 88 grammes of protein. Red meat contains zinc, which helps the immune system as well as vitamin B12, that helps in the formation of our DNA, maintains nervous system functioning and red blood cell health.

This type of survival canned food goes through less processing, with only beef and sea salt listed on the ingredient label. However, given the relatively high sodium and fat content, we wouldn’t recommend eating the entire can in one sitting.

Ham in a can

Canned ham, in particular, is formed mechanically. In this method, pork leg muscle meat is preserved, flavoured, and finely chopped before being reshaped and packaged.

Ham is a low-fat protein source that also contains vitamins, minerals, and amino acids. It is particularly high in selenium. Canned ham can help in achieving your weight loss goal, maintain muscle mass, and harness inflammation due to its rich nutritional profile.

Bacon in a can

Canned bacon isn’t the healthiest canned meat on this list, but it has less sodium than other canned pork products. It is also a rich protein source but also a carcinogenic processed meat product. The World Health Organization, on the other hand, classifies all processed meats as class I carcinogens.

The specific ingredients that cause canned bacon to be dangerous and carcinogenic are sodium phosphates, sodium erythorbate, and sodium nitrite. Several studies have found a variety of negative health effects associated with the consumption of these ingredients.

The above-mentioned information must have helped you a lot in finding a feasible canned meat option. With that said, we hope you will now be able to purchase the best canned meats that are also nutritious along with maintaining taste authenticity. Explore all of these canned meats for sale and get your hands on them keeping your preferences in mind.

6 Latest Trends of Eyebrow Microblading Every Aesthetician Should Know

What is the favourite food of squids?