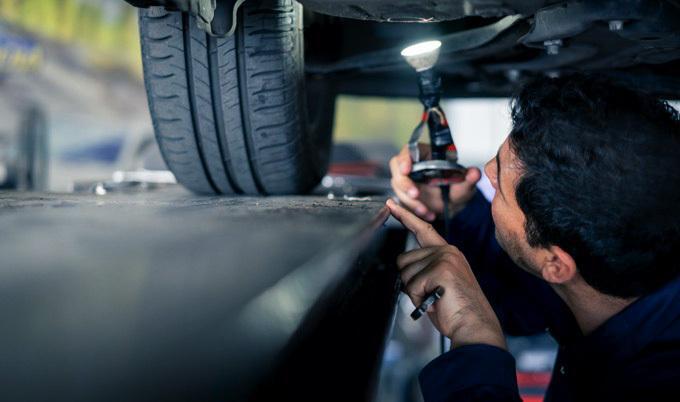 The primary function of a catalytic converter is to transform harmful pollutants into harmless gasses so that it may serve as a first line of defense against hazardous exhaust emissions. Because the technology that is employed in these emission control devices contains several precious metals, such as platinum, palladium, or rhodium, these devices are a valuable object that might be stolen and resold.

Can you drive without a catalytic converter?

The catalytic converter, which is a component of the exhaust system of a vehicle, plays an important role in lowering levels of air pollution. Driving your vehicle without a catalytic converter installed will not in any way damage the engine or the vehicle itself. Even if your car works well without it, it is not always a smart idea to go about driving without one.

Why Catalytic Converters Get Stolen?

According to a study by the National Insurance Crime Bureau, catalytic converters may be sold to recyclers for as low as fifty dollars, or they can be sold to metal dealers for thousands of dollars per ounce. Both of these prices reflect the current market.

The chance for thieves to obtain easy money is becoming more alluring as newer kinds of catalytic converters feature even more valuable metals than their predecessors did.

What Cars Are Targeted For Catalytic Converters?

Since catalytic converters were required to be installed in all fuel-powered vehicles made after 1974, there are a large number of automobiles now on the road that might be of interest to criminals looking to steal catalytic converters. However, thieves often target higher cars, such as pickup trucks or SUVs, since it is relatively simple for them to get under the vehicle and gain access to the catalytic converter.

How to Know if a Catalytic Converter Has been Stolen?

When you adjust the speed of your vehicle, it may create a sputtering sound, and you may also notice that the vehicle is not going smoothly.

There is a good chance that the catalytic converter has been stolen if there is an increase in the emissions or if the exhaust smells differently.

Take into consideration the following suggestions to assist you in preventing the theft of the catalytic converter from your vehicle:

The first step in protecting your vehicle from having its catalytic converter stolen is to become aware of the situations in which such a theft may occur. If you take all of these preventative steps, Please Also Read What Is Car Accident Lawyer Baltimore Rafaellaw.com you will lessen the likelihood that thieves will target your vehicle.

You now have a fair idea about “can you drive without a catalytic converter” and the relevant measures you can take to protect your car from a converter theft. The five ways mentioned above will surely help you in this regard.

Can people with diabetes eat bananas?

How to Set Goals Using a Timeline Creator