Papa John’s Menu Items That Will Wreck Your Diet 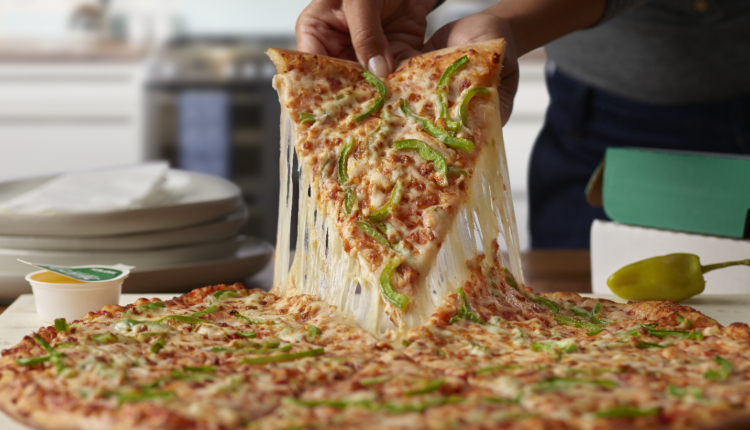 It’s almost always a fun time for your tastebuds and stomach whenever you visit Papa Johns. But it’s also a rather dangerous decision, especially when you’re on a special diet. While that’s generally true for all fast-food joints, it’s especially dangerous with Papa John’s because the place will always have great-tasting treats in store for you.

To help make sure you stick to your diet, here are some of the Papa John’s menu items you definitely should avoid so you can keep to your diet plans and achieve your fitness goals.

Yes, the name alone is enough to get you salivating, doesn’t it? It’s not enough that it has pepperoni and sausage. You also have 6 cheeses: mozzarella, provolone, fontina, asiago, Romano, and parmesan. It’s a true delight for the taste buds, plus you also get 11g of protein per slice.

Unfortunately, you do get 280 calories per medium slice, along with a massive 650mg of sodium and 6g of saturated fat. This may be tolerable if you stick to a single slice. But be honest—how often does that happen? Two slices will get you 560 calories, 12g of saturated fat, and 1,300mg of sodium, and all these are just too much.

And if the pizza is this tasty, it’s likely that you’ll go for more than 2 slices, and that will really annoy your doctor if they learn about it.

This comes with pepperoni, along with a double portion of spiced Italian sausage. It sure is a tasty treat, and 2 slices of this should be enough.

Lots of people say that this is delicious. You have the scrumptious hickory-smoked bacon, along with the ground beef. Then for added tastes, you also get mozzarella and cheddar cheese, along with the Roma tomatoes, dill pickle slices, and a really zingy burger sauce. It’s yummy and filling.

But then you also get virtually the same bad stuff that you get from the Spicy Italian Pizza. This Bacon Cheddarburger also gives you 270 calories per slice, with 5g of saturated fat and 650mg of sodium. Go with 2 slices (not hard when the pizza is this delicious) and you double everything here as well.

The 12-in. cheesesticks cost $8.58, on average. But when you get the Bacon Cheddar Stuffed Cheesesticks, you’re really paying a lot more in terms of your health.

This may seem like a better choice than the Bacon Cheddar Stuffed Cheesesticks, but you still have to deal with lots of empty carbs, 160 calories, and 340mg of sodium for each 12-inch breadstick. Yes, these things sure taste great, but that’s actually part of the problem. They’re like potato chips—a single one is never enough.

Again, these are extremely tasty treats, and it’s not surprising if you’ll enjoy it as your dessert. But when you get a tray of these things, you also get a grand total of 1,960 calories, 1,660mg of sodium and 150g of sugar.

So, it’s not exactly great for those on a low-calorie, low-sodium, or low-carb diet. It also has 94g of fat, by the way.

Sure, splitting this up with a buddy can work, but you’re still getting a lot of the bad stuff. Even dividing the tray among 3 people still leaves you with more than 650 calories, 550mg of sodium, and 50g of sugar. This is just a nutritionist’s nightmare, especially if you don’t realize that you’ve finished off an entire tray all by yourself.

Stick your breadsticks in this blue cheese dipping sauce and your journey to the Dark Side will be complete. Each cup comes with 160 calories, 16g of fat (with 3.5g of saturated fat), and 250mg of sodium. This cup is the nutritional equivalent of a medium order of fries from McDonald’s.

If you’re watching your weight or your salt intake, then this particular dipping sauce is just a bad idea. You’re better off with the regular Pizza Sauce instead, with its 10 calories per cup.

Importance of Good Architectural Signage for Your Business

How do you prepare for GRE verbal reasoning?

6 Latest Trends of Eyebrow Microblading Every Aesthetician Should Know

Get Your Customers Attraction More By Eco-Friendly Takeout Boxes