How to Play Double Solitaire In 2022 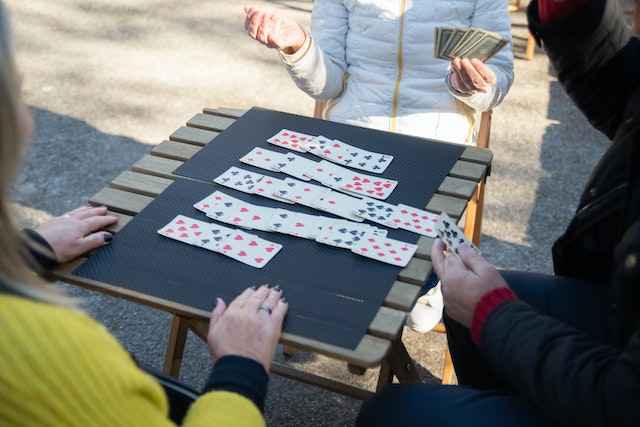 The rules and gameplay of double solitaire are the same as the classic solitaire but with 2 players and decks. The addition of a player and a deck makes this game strategic and competitive. This enhances the toughness of the game.

But you can easily play it by learning the basic objectives and rules. If you are willing to learn the double solitaire then do not worry we have got you covered. Here we will discuss everything about double solitaire that you need to know. So let’s start.

What is Double Solitaire?

This card game has 2 players and decks. Here each player tries to add cards from their table side to the card pile in the center. The key to winning the double solitaire is speed and how to play under pressure. You can easily understand the double solitaire concept if you know the James Bond card game.

The main aim is to sort the deck into numerical and suit order. A player also wins by playing more cards into the foundation as compared to the opponent.

Have a look at the rules to play and win double solitaire.

Two cards are shuffled at a time and dealt identically to the classic solitaire. The game board is divided into 4 main sections

This is the main section and both players play here. Both players have 9 piles. A card is placed face up on the 1st pile followed by 6 cards face down on every subsequent pile from left to right.

At the beginning of the second pile, one card is placed face up followed by 5 cards face down on the next pile. The same process continues until each pile has an increasing number of cards with a single card placed face up.

Each player has 8 foundations and here they make their sets with a constant suit.

A draw pile is formed with the remaining cards after dealing.

It is the discard pile and these cards will be laid face up away from the table.

If you are done playing classic solitaire and master its rule then it’s time to switch to double solitaire. It is an interesting game and will keep you hooked and motivated till the end. So you must give it a try.

What will my job role be as a cyber security specialist?