How to Calm Your Pets During Firework Season 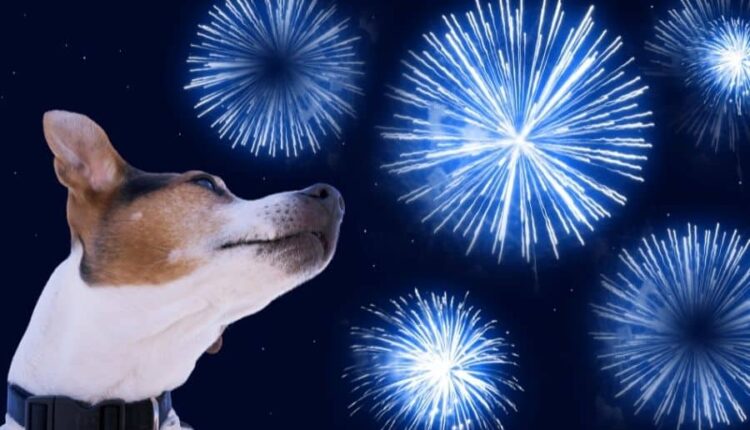 Just like human beings, dogs, cats, rabbits, birds, and other domesticated pets are entirely unique and individual, and whereby one animal is absolutely petrified of loud noises and bangs, another will simply either not seem to hear them or be entirely unbothered by the sounds.

When it comes to bonfire night and fireworks season, if your animal is part of the majority who are petrified by the screeches and bangs, not to mention the lights of firework displays, it is your moral and legal responsibility to ensure that your animal is as calm as possible.

With this in mind, continue reading to learn how to calm down your pets during the firework season.

Unfortunately, the vast majority of puppies and dogs are exceedingly frightened of fireworks, with numerous studies suggesting this is because dogs’ ears are more sensitive to the frequency of the screeches and whistles produced when the fireworks explode.

As soon as you hear the first firework of the season, you should:

If your dog is panting excessively and seems not to calm down once the firework noises and lights have ceased, you should make an emergency vet appointment for your dog with an established surgery such as Easy Vet as soon as possible.

Unlike puppies and dogs, usually, but not always, kittens and cats are likely to be less bothered by fireworks and often literally ignore them.

However, if your cats react negatively to the sights and sounds of fireworks, then first and foremost, you should protect them by keeping them indoors during the firework season. Ensure your home is escape-proof for your cat and create a temporary, safe, warm, and secure hiding place where your cat can shut itself away.

Frankly, unless you have built a form of an outdoor palace for your bunnies, there is no justification for keeping your bunnies outside, and around the time of firework season, they should have been brought inside anyway.

You may well be lucky enough that your rabbits, upon hearing a firework explode, simply turn their ears to the direction of the sound and carry on chomping their hay, and if so, there is nothing to do but congratulate them on their perspective.

However, if their natural instinct is to jump, thump, and panic, then, unfortunately, this could actually cause your rabbit to have a heart attack, so you should ensure that the windows and curtains are closed, the television is on loud and switched to a program which is calming with music rather than loud noises, and that your bunny has extra bedding to burrow into.

How Can an Attorney Help Me Claim Compensation for Filing a Contaminated Water Lawsuit?

What are some business management skills?