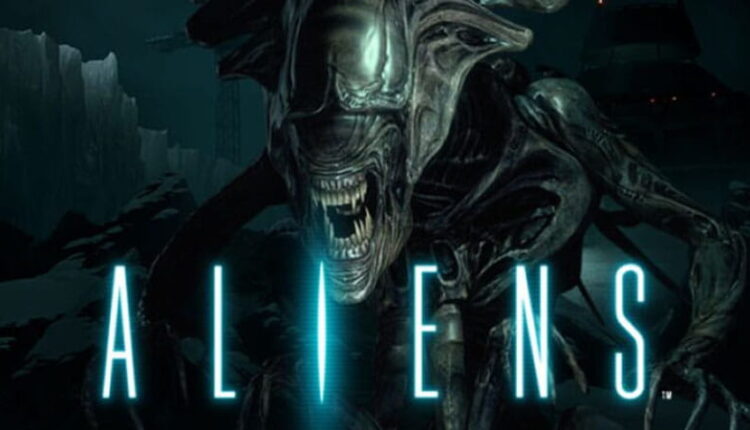 “Aliens” is a 3D slot machine created after popular action movies by James Cameron. Net Entertainment company, slot manufacturer, admitted that Aliens slot machine is the crown of its creations.

Aliens slot review shows that unlike other slot machines, this one has a very special design, but as all the other ones it includes 5 reels, 15 paylines, special symbols and bonus rounds. Just like the movies, the slot has three levels: The Search, The Encounter and The Hive.

In this machine modern technologies and recent developments were used. Aliens slot features detailed graphics, great animation and a three-step bonus game that makes users play it over and over again. It is worth mentioning about its 2nd level bonus game called “The Encounter”. Finish all three levels, kill the hive queen, and get the amount of 240 of your total bet. The maximum return in the video slot “Aliens” can make up to 570,000 coins, while the return is 96.4%.

The 1st level of the game includes 9 scale steps. All characters except for the wild, forming a successful combination, are fixed at a 9-step scale, where the coefficients of winnings increase are specified. If one payline contains at least 2 characters per spin, they are duplicated on the counter from smallest to largest. Collected symbols at the payline fill the scale, in case no symbols on the payline were collected per one spin the scale is reduced by 1 step. Each new spin with additional win increases the multiplier applied to the next spin. When the counter is full, the next level is activated.

The level is represented by a 10-step counter of the ammunition store. Ammunition that randomly falls on the reels with each new spin, shift the counter slider by 1 step back and start the next spin. As long as there are ammunition stores to kill aliens, in the following spins three new characters will continue to appear on reels 1, 2 and 3.

The process of the final game on Aliens machine is accompanied by health counters and ammunition stores. The aim of the game is to destroy the Queen, it is necessary to kill her with a grenade. Grenade power may be different depending on the number displayed on the “power reel”, and can range from one to ten. As soon as the aim of the game is reached, the player receives a great win.

The game follows the theme of the famous trilogy movies Aliens. Starting the slot game, the player can get familiar with a captivating intro that creates a special atmosphere. The story brings players on a spaceship that got captured by aliens. Slot graphic design is worth praise: a lot of animation and detailed characters. Despite the fact that the machine may seem not very “user-friendly” at the beginning (first it’s not clear what players should do) – the game and functions are quite simple and understandable to any player.

For a start it is very important to determine the coin value and the bet amount. If you want to change these parameters in the game, keep in mind that in this case you lose the current level of the indicator. To place a bet you can by using the Level button, and to set the nominal coin value in the Coin Value menu. For those who like to play for high stakes there is a Bet Max button. Also, the machine features an autoplay mode that runs by the Autoplay button. Additional information concerning the rules of the game, the wins table and the characteristics of each of the levels can be found in the Info and PayTable menu.

A lot of small symbols appear and disappear on the display. It seems a bit unusual that after a three-symbol roll in the gaming line, the machine starts spinning with a sound that is usually used when searching for a bonus (or scatter) symbol.

At the Aliens video slot any active combination on the 3rd and 4th reel often finishes with a long pause and a specific sound. It seems unusual that the gain is calculated “on the way”. For example, when a player gets three Alien eggs – the slot demonstrates the win of 100. After spinning the 4th reel, the player gets the 4th Alien egg and the win immediately changes to 250. After that the 5th reel spin starts. To make a conclusion, the Aliens slot makes an impression of an ultra-modern video slot game.

Specifications of the Aliens slot game

Fans of fantasy themes and gambling machines based on popular movies surely know what incredible functions developers include in their slots. A vivid example is Aliens slot machine, which has already become popular among gambling players and fantasy fans. The innovative and mysterious video slot Aliens certainly deserves the attention of gamblers. The scoring system is very interesting, there are a lot of multipliers, quests, tasks and free spins. This slot will appeal both to fans of science fiction, and fans of the movie trilogy. In any case it is worth trying, because the idea is perfectly implemented by high-quality graphics and realistic sound design.

Selling a product? Here’s what you need

Some basic technicalities about the application hardening concept